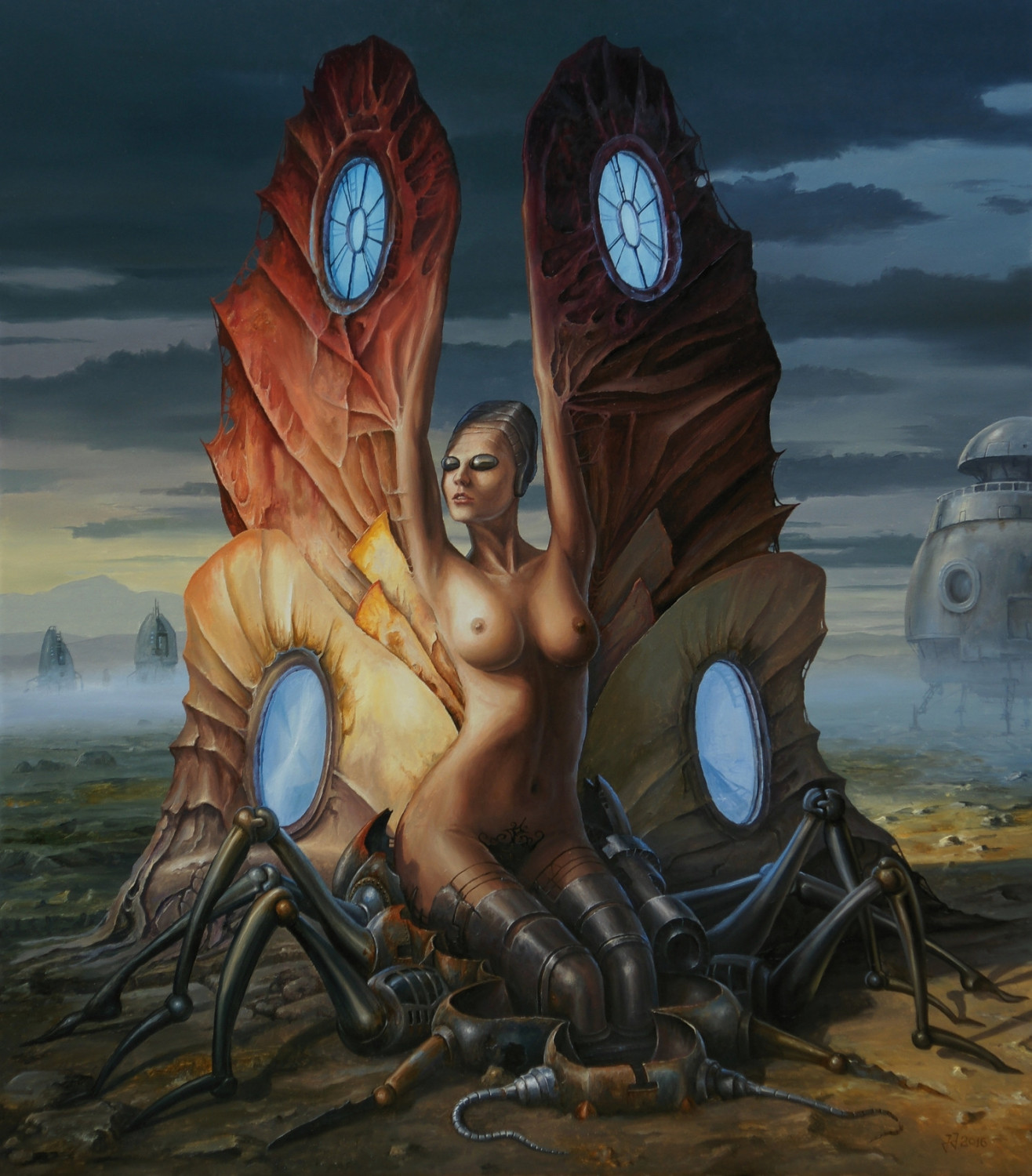 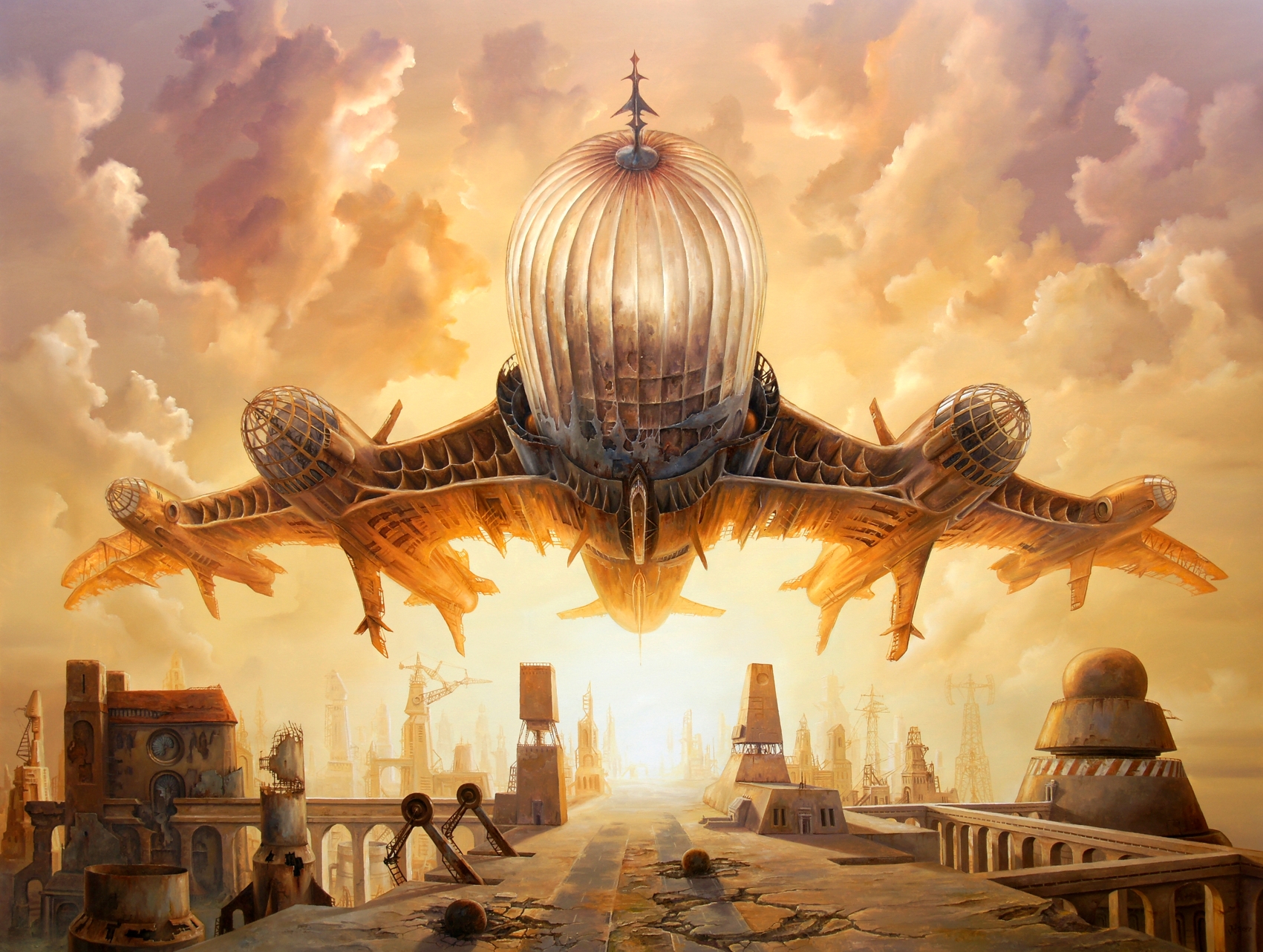 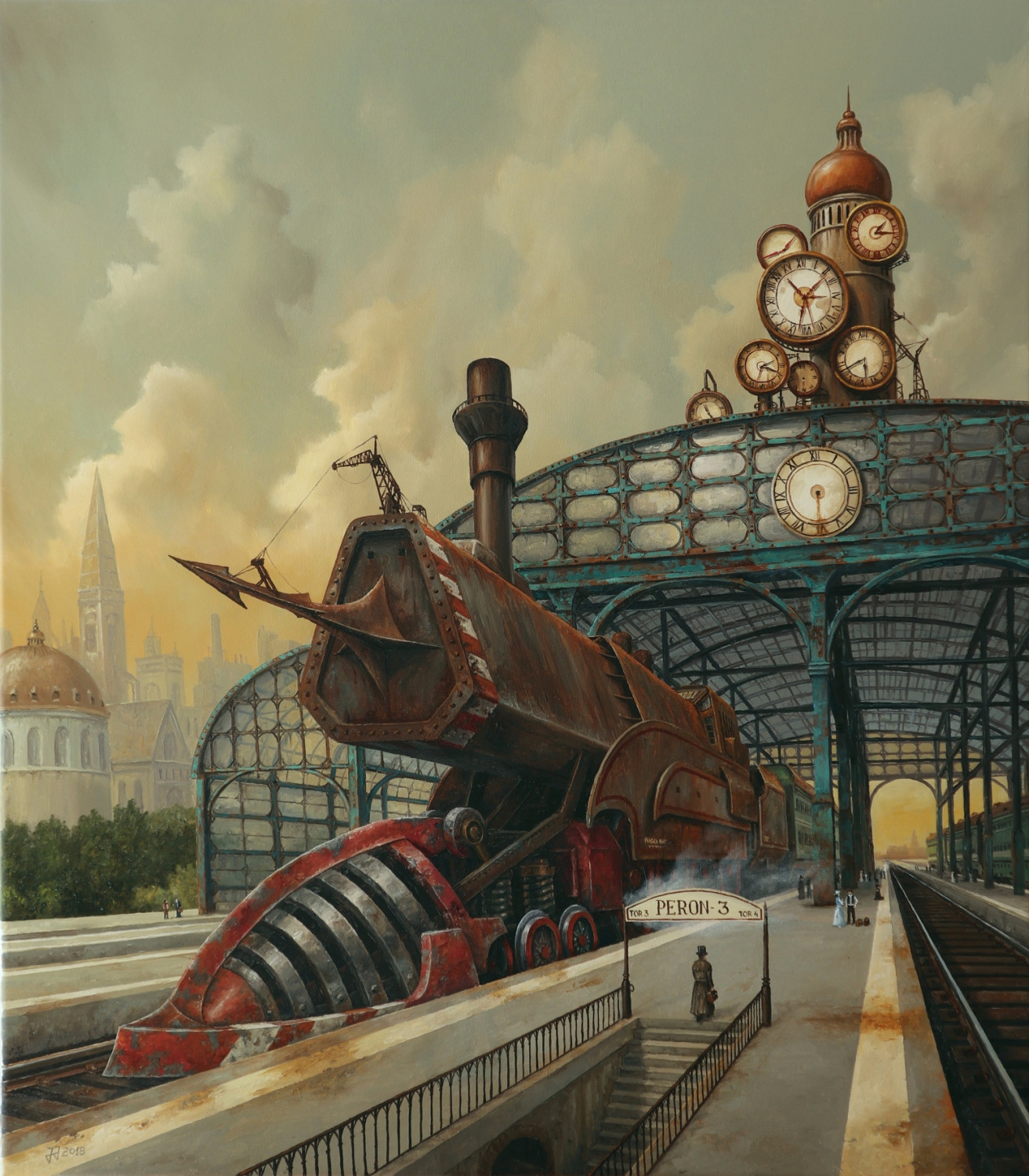 I painted my first oil painting in 1991, at the beginning of my work the science-fiction art was dominant. In 1998 I met Wojtek Siudmak during the exhibition, which inspired me with fantastic realism. In the same year I started studying at the Fine Arts College in Głogów, which I finished in 2001 with a diploma in painting.

The unlimited world of imagination has always been the biggest inspiration for me. In my painting, surrealism is combined with fantasy, elements of Gothic and steampunk appear. Children's dreams are still alive in me and that's why fabulous planes, huge steam locomotives, balloons and airships often appear in my paintings. Sometimes my paintings take on the character of an apocalypse, I often break the laws of physics, mock the gravity and change the properties of time and matter. He shows a man small and fragile, like a reed in the wind. However, man in my paintings always knows how to adapt to the new reality. In my work, I also willingly reach for deeper inspirations related to history, philosophy, as well as the search for God. I am looking for an answer to the question - which way is man going? Will its purpose be apocalypse and self-destruction? Or maybe the triumph of the human mind?
I despise modern postmodernism, reject anarchy and abstract kitsch. However, I value the art of old masters, and the principles on which they based beauty and harmony.