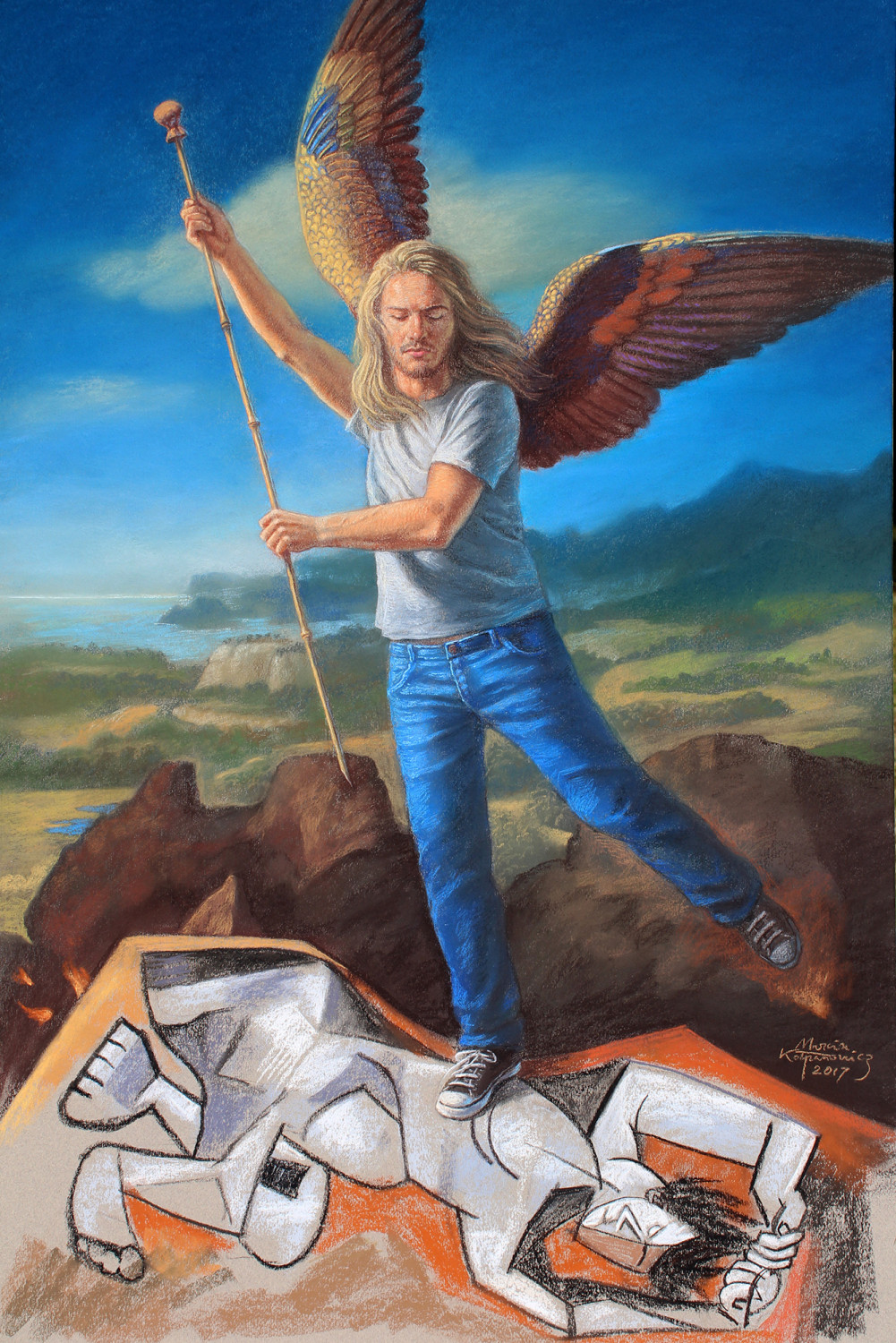 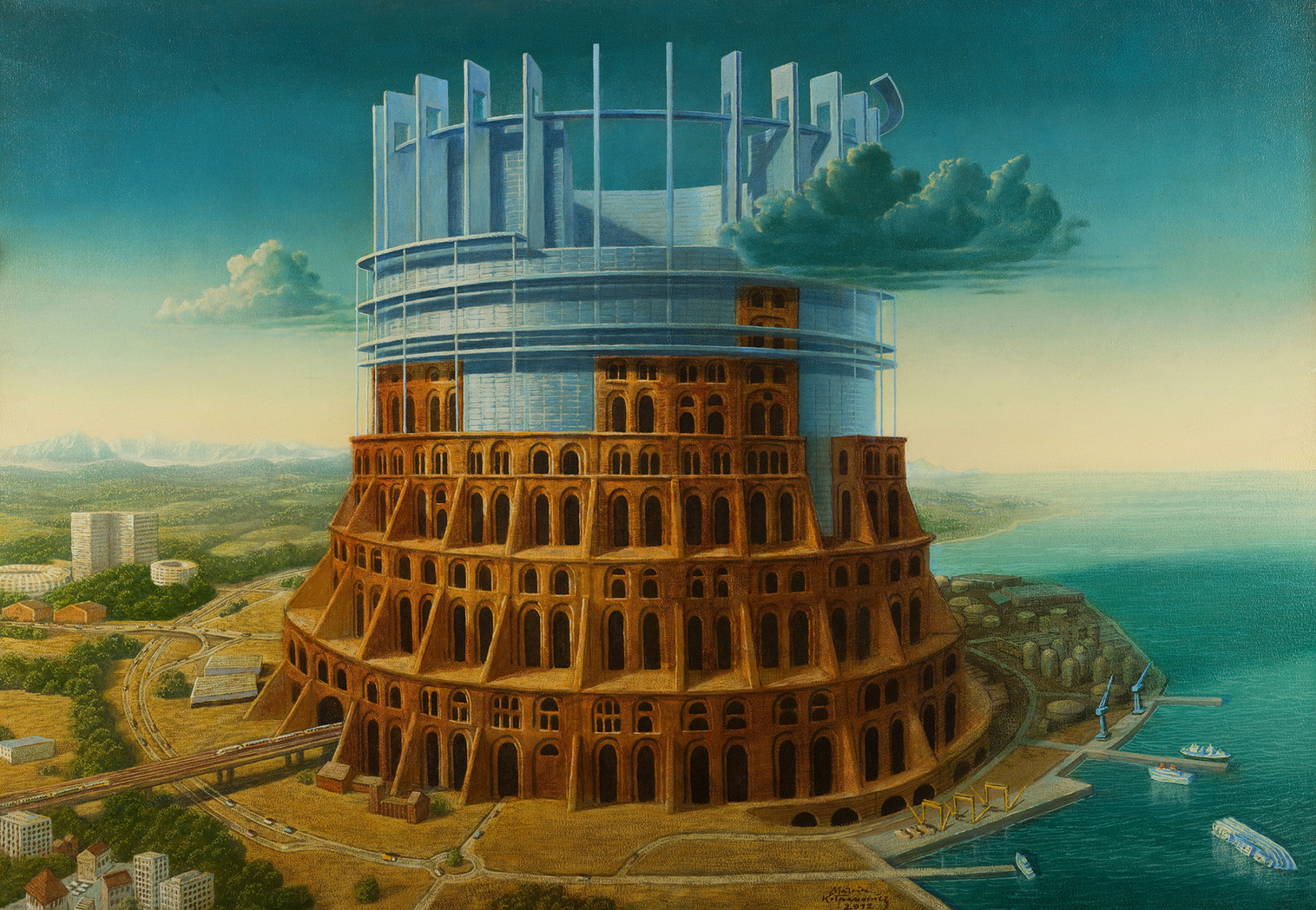 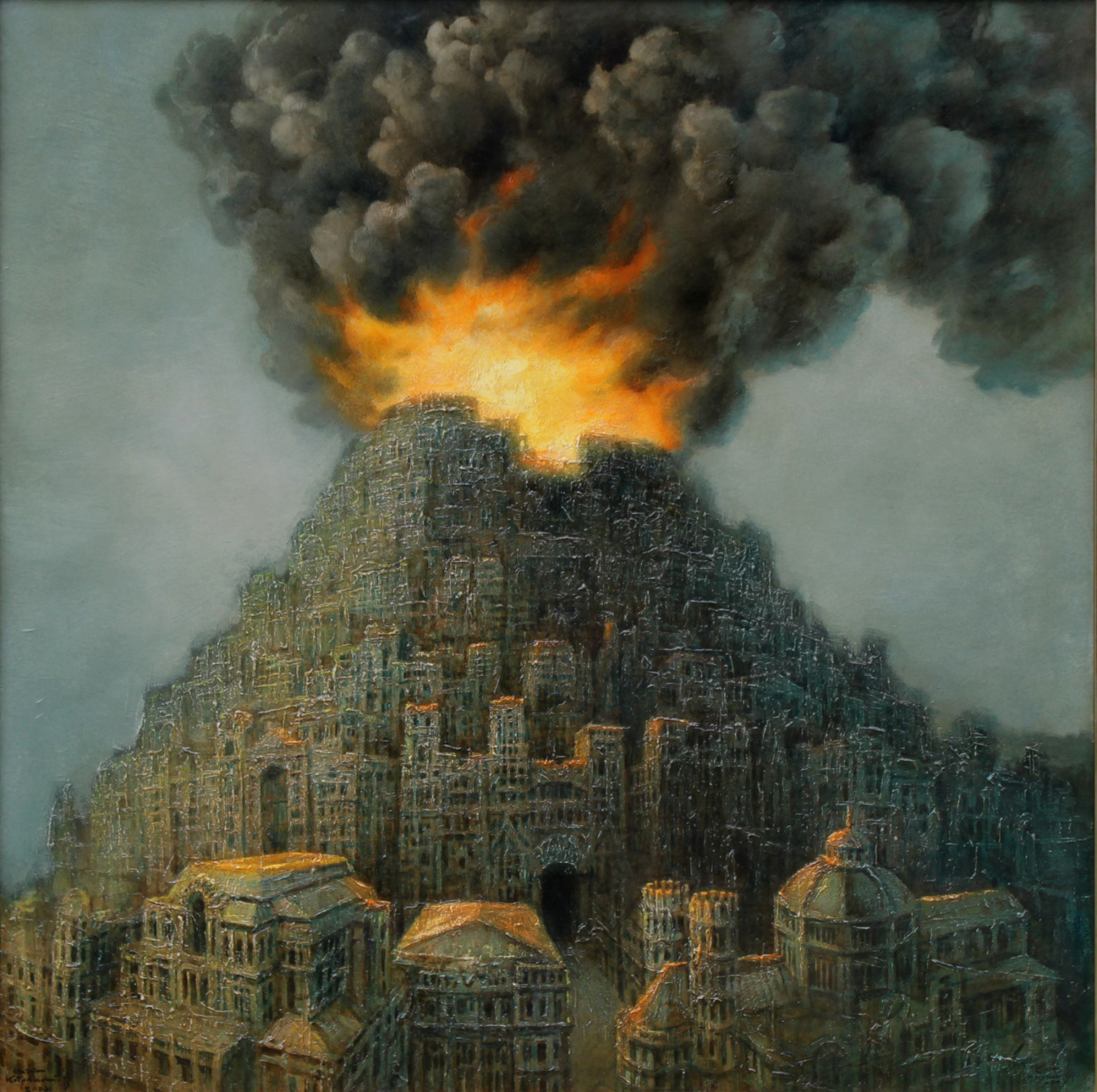 Vulcanopolis
After the Flood
The Gate of Heaven 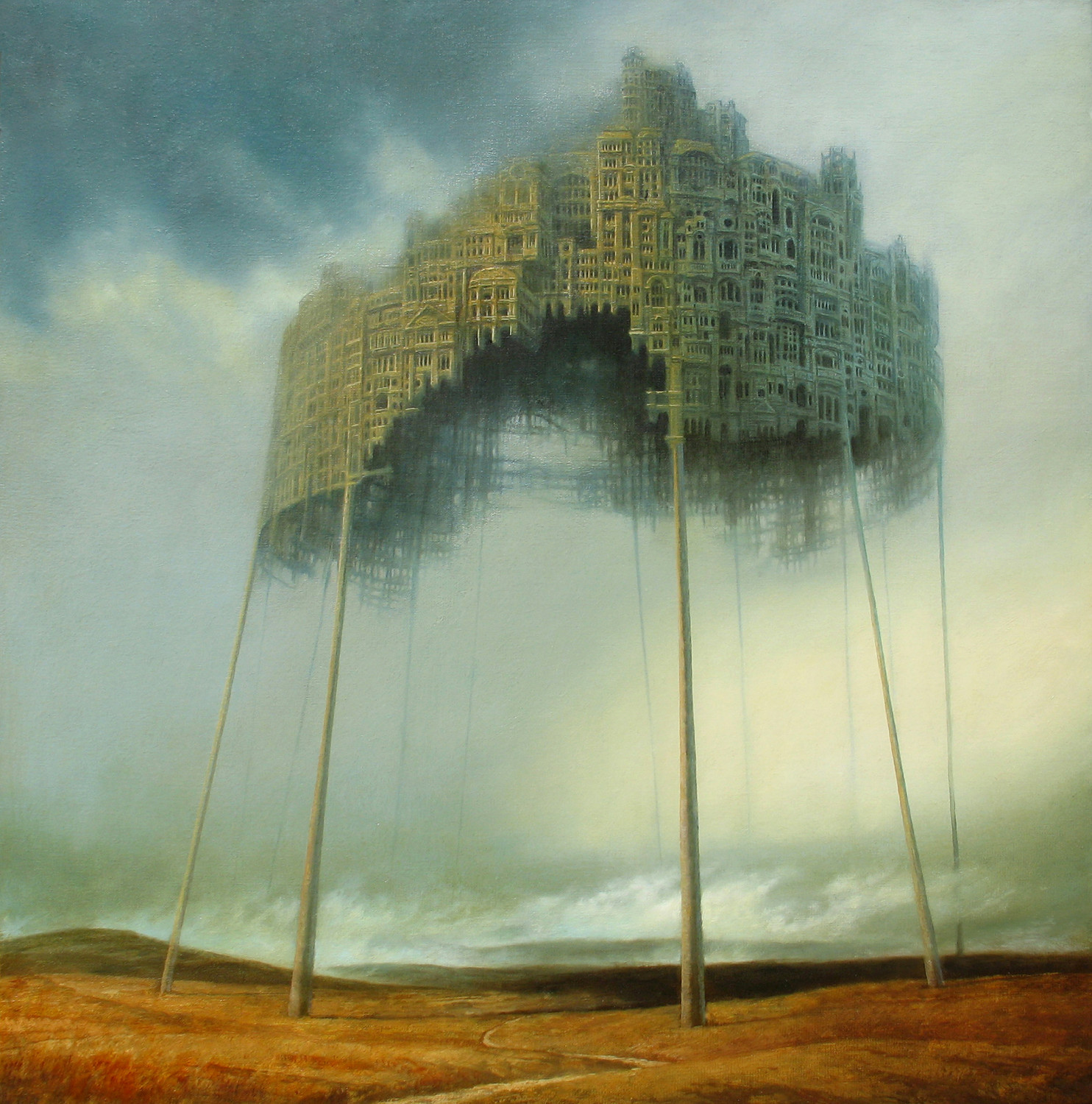 Laputa
The Gate of Hell 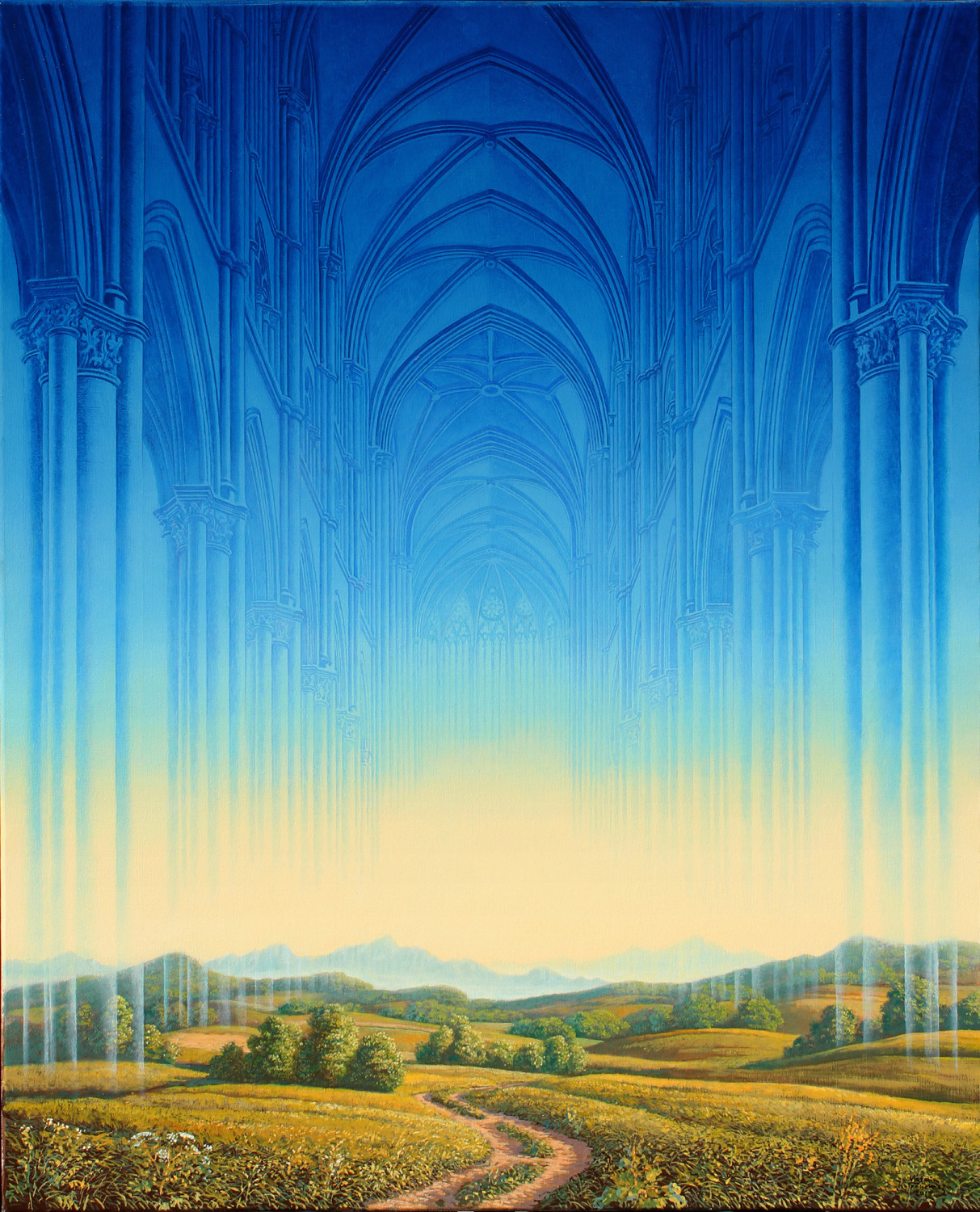 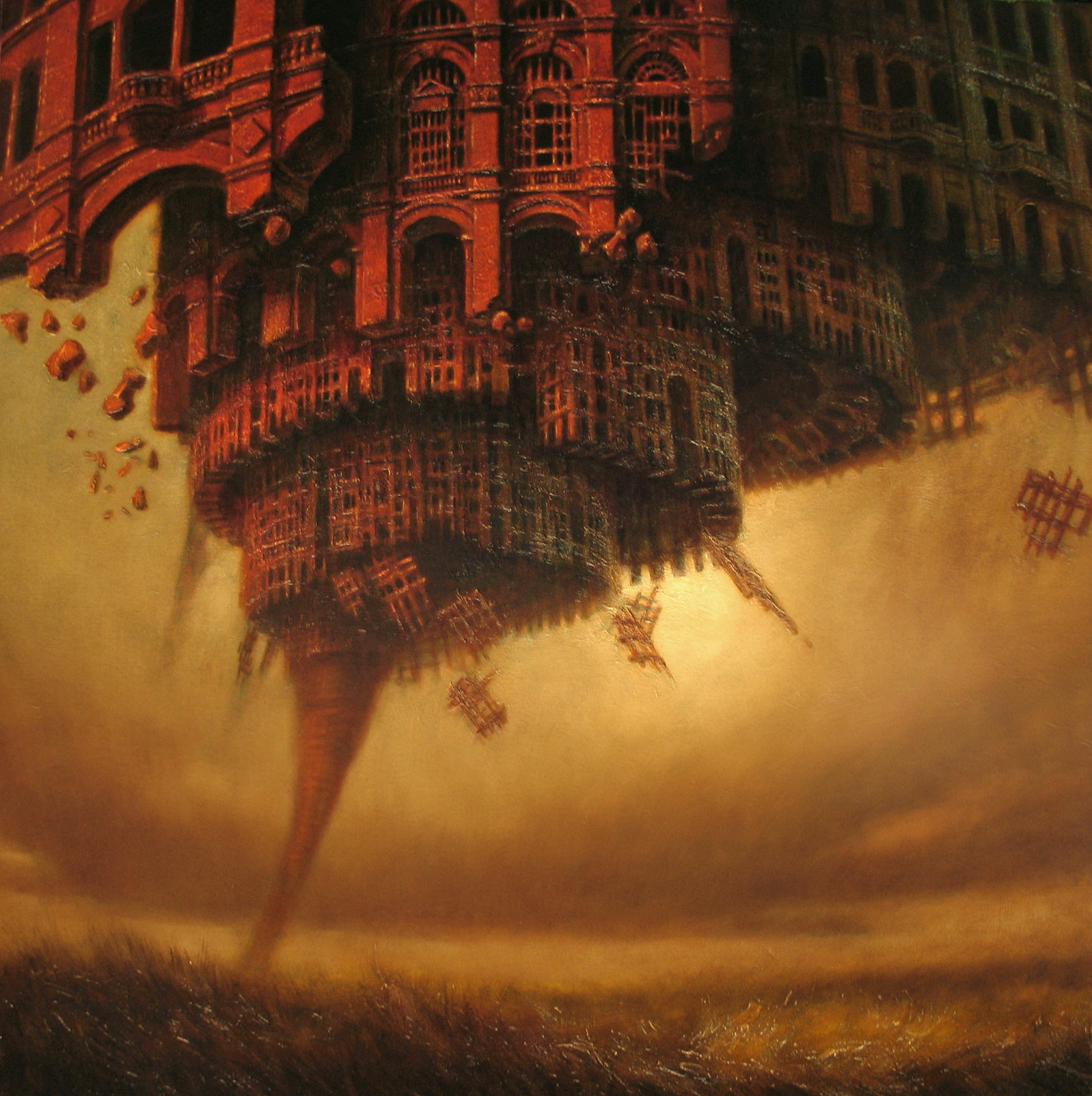 Born in 1963 in Krakow. Graduated from the Academy of Fine Arts (Faculty of Painting) in Krakow in 1987. The artist uses the technique of oil and pastel. His images combine unlimited imagination, metaphorical poetry and philosophical messages. His works are in private collections in Poland, Austria, Germany, the Netherlands, France, the United States and Australia. His images have been featured in the Polish television series "Settlement" and have been reproduced on posters and numerous book and CD covers. He has organized 30 one-man shows (among others in Paris, New York, Cologne, Wuppertal, Linz, Krakow, Warsaw). He has created numerous religious paintings, such as the "Way of the Cross" in Tenczynek (Poland), the painting for the beatification of Sister Marta Wiecka, Lvov (Ukraine), the altar painting and the fresco of the John Paul II Center in Krakow. He has participated in numerous group exhibitions of fantasy realism (Dante - The Divine Comedy, Safadore, Magical Dreams) and at the 2017 Art Capital Salon in Paris. Kolpanowicz publishes his texts on art in the Polish quarterly Artysta i Sztuka.

*Mrs Robinson*
Sitting on your windowsill
In your room of solitude
A castaway of love watching this ocean of clouds
From a secret bay on a deserted island
Of your life
And here's to you Miss Robinson
A sudden ray of sunshine crosses your pale dress
Floating in the air like a white flag
The shadows throw themselves and break on the wall
And on the floor behind you
The echoes of good-byes in an empty room
And then
A white boat that appears in the open sea
Swaying on the mist
Is it Bold or Freedom?
Before you go
You must name it
God bless you please Miss Robinson.